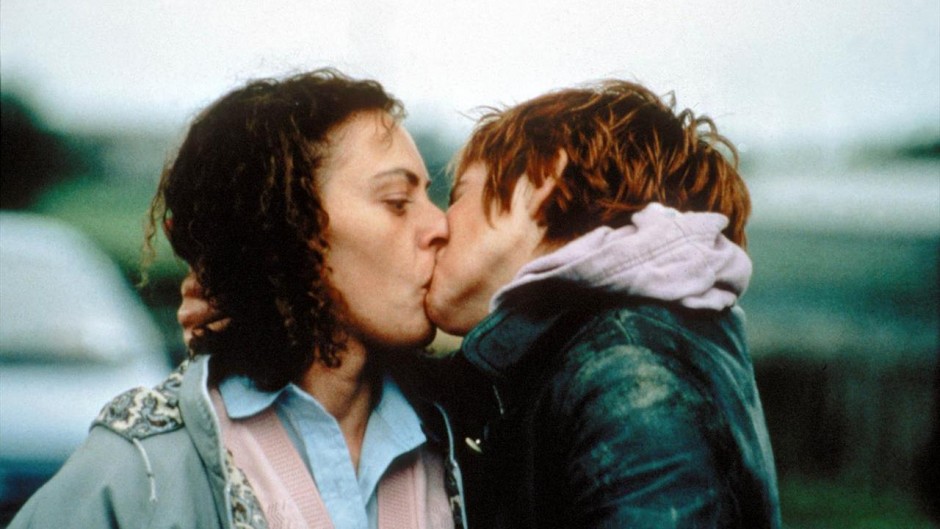 This was Dan Films first feature film. A unique and disturbing love story, Butterfly Kiss tells the tale of Eunice, a schizophrenic free spirit desperately searching for her long lost love, Judith, along the highways of Britain.

At a motorway service station she meets the kind and naive Miriam. Miriam has never received such attention from anyone, and captivated, they spend the night together, sparking an intense and turbulant relationship.

Miriam (Mi) joins Eunice (Eu) on the road and quickly falls in love with her. Mi longs to save Eu from her demons, but deep in her heart she knows she cannot change her.

They become complicit in murder and although they are both aware this will ultimately be their downfall, their dedication to one another keeps driving them forward to a heart-wrenching conclusion.

Starring Amanda Plummer and Saskis Reeves, the first theatrical feature from the renowned Michael Winterbottom results in a powerful and original road movie filled with passion.