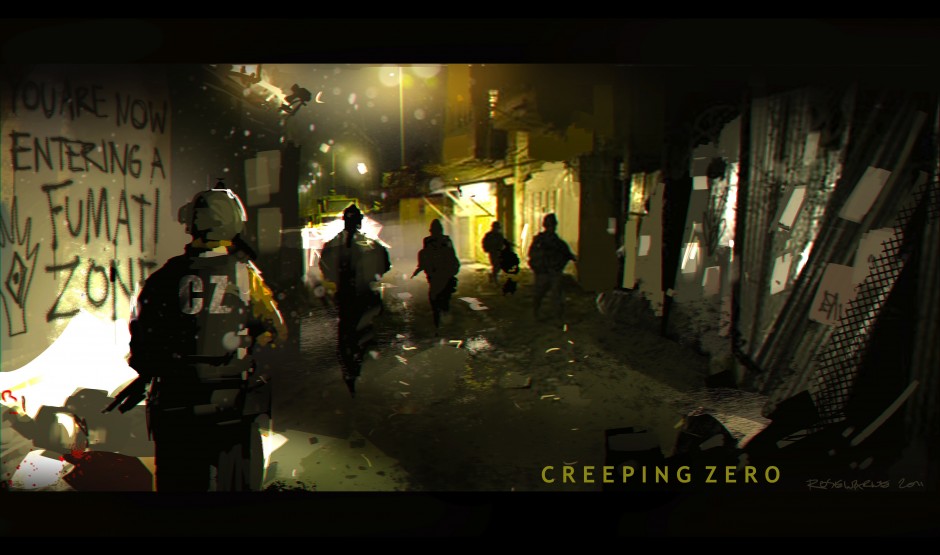 Creeping Zero is set in 2023, in a world divided into two tribes – normal humans and those nicknamed the Blanks. Through a genetic defect, the Blanks have been born without proper facial features.   An extremist group of Blanks called the FUMATI is threatening the status quo. They can attack and kill anywhere and then disappear back into the population.  Using hi-tech devices, they slip through security disguised as their victims, making it difficult to know who is the enemy and who is a friend.  Fear Stalks the population.

Lenny  is part of the Creeping Zero crew, a security outfit tasked with hunting down the elusive Fumati.  He is in love with Camille another member of the CZ team, but in a full-on Fumati attack she is snatched and disappears into the night.

Lenny quits the crew and goes in search of Camille.  But soon the hunter becomes the hunted when he discovers the shocking truth about this conflict.