LA WITHOUT A MAP 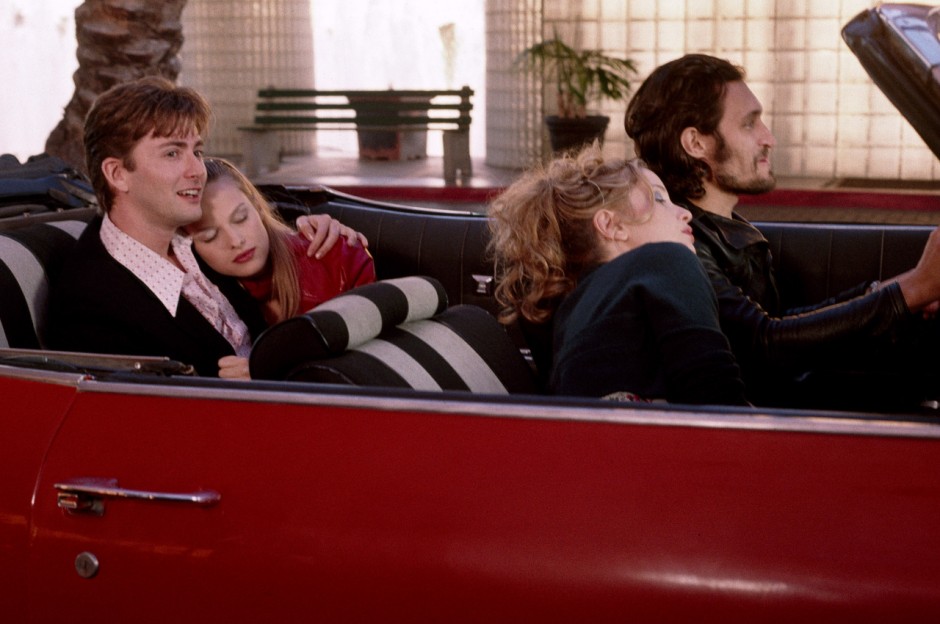 After a brief encounter with Richard (David Tennant), a local undertaker and part time obituary writer in the north of England, Barbara (Vinessa Shaw), a beautiful aspiring actress, currently waiting tables, returns to her Hollywood home with romantic tales of a handsome British writer.

But the fantasy proves more interesting than the reality when totally unexpectedly the earnest Richard arrives on her doorstep, in a bid to win her love.

Prepared to see if their relationship might work out, Barbara lets Richard stay and encourages him in his desire to become a ‘real’ writer. But the learning curve is steep as he learns about Hollywood the hard way – taught by a variety of hustlers and agents.

Barbara and Richard are accompanied on their quest for happiness by Barbara’s best friend and fellow waitress, Julie (Julie Delpy), and her crazy, guitar-fiend of a boyfriend Moss (Vincent Gallo). Added assistance comes in the form of the rock band The Lenningrad Cowboys and a host of other celebrities.